LAKELAND — Everything from watermelon seeds to a 100-foot alligator will have a space of its own at the next home for Explorations V Children’s Museum.

The museum unveiled a sneak peek at its second major expansion as it prepares to relocate to Bonnet Springs Park in 2021. Nearly 300 visitors, families, community members and museum staff were asked to contribute ideas for the facility, according to Executive Director Kerry Falwell, which has worked and molded into five feature spaces.

“These are the five galleries and within them will be hundreds of hands-on exhibits,” she said. “The opportunity for play will be doubled, featuring both the beloved in our current institution and what we’ve heard are the hopes and dreams of the community.”

The Watermelon Seeds area will feature Central Florida’s agricultural history while aiming to provide a rich hands-on, learning environment for the museum’s youngest visitors. More than 50% of visitors are under age 5, according to Falwell, but the institution’s current location only dedicates 200 square feet to their learning needs.

“When you work with young children, the first thing they come to understand is the world right around them,” she said. “It’s our duty to take the things they see every day and explain it.”

The idea for the gallery was spurred by one of the museum’s current exhibitions called “O is for Orange,” which traces the life of the fruit from a tree to distribution as juice into homes across the nation.

“It’s one of our oldest exhibits and one of the most loved,” Falwell said. “We took an area that’s really popular and asked how we could take that concept and grow it for a larger space.”

A Lakeland mascot will make his return in a larger-than-life way in the museum’s new 7,000-square-foot Front Yard. A 100-foot by 25-foot interactive jungle gym with lights named after Blinky the Alligator will invite young guests to play or they can dig up marine fossils.

Falwell said the museum’s new Black Box Theatre will significantly improve its opportunity to bring in high-quality children’s programming. Exploration’s current location has a small performance space limited to an audience of approximately 15 children, according to Falwell.

The museum’s new building will incorporate a new mix-use space featuring a sprung wood floor for dance performances and professional audio-visual controls. It is designed for a maximum capacity of 300 people.

But the museum’s new location wouldn’t be home without bringing along some cherished favorites. Falwell said the museum’s handmade sheriff’s police car and Lakeland firetruck built by first responders will have spots reserved in the City Play gallery. The whimsical area will be modernized to encourage children to enjoy dress up and social play in a simulation of everyday storefronts.

“There’s a scientific correlation to achieving a dynamic level of play and successfully finishing kindergarten,” Falwell said. “It’s why in a children’s museum it is so important and will continue to be.”

While Bonnet Springs Park is slated to open by the end of 2020, the children’s museum’s new building will be a bit delayed to allow time for exhibits to be fully fleshed out. The director said her aim is the first day of Polk County School’s summer break in 2021.

January 4, 2021
January Park Update Behind the scenes with President Bill Tinsley As 2020 moves into our rearview mirror, it’s exciting to celebrate the progress the Bonnet Springs… 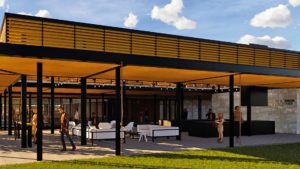